The phrase “Climate change” does not need any introduction now. Everyone has some or the other idea about it, if not fully correct but a bit of it. This global problem has stretched its leg since long but the world has taken initiative to solve it in true sense since just few years back! We hear a lot of things about the dangerous effects of climate change and the vulnerability which it brings but still there is a kind of mindset among the people, very common that nothing is going to happen to us, we are safe, but how? I really wonder! How come you are safe when you are living under same climatic conditions under which an affected person is living? Sooner or later the problem can visit you too. So, instead of fooling ourselves we must face the truth and should act so. The biggest threat which climate change brings with it is the health problem and vulnerability to epidemics, chronic diseases to name few.

In a country like India, situation becomes more difficult. India is still a developing nation and struggling hard to offer better health facilities to the average person; I mentioned ‘average person’ here because it is he who have to face the effects of changing climate first as he most of the time lacks in adopting those solutions also which brings relief for the time being. Hence, the situation is difficult enough and the challenges are many. Since it is a developing nation, it is not able to fully commit towards renewable and depends largely on the use of fossils, coal in terms of development and sorts, at least that’s what Government gives the plea. Air pollution is touching new heights in India with Delhi’s air marked as the most polluted and harmful to breath. It is the capital city of the country and thousands of people land here daily to find job and to earn their living and lakhs of people permanently live here. Now this clearly shows how a large chunk of population is exposed to health threats caused by breathing in the dangerously polluted air and here, it is important to mention that not everyone is aware about the problem, about the air which they are inhaling may cause some serious health threats. Most of the people get to know about this when their loved ones or they face the difficulties like breathing problem, chest pain, etc. They get surprised when they are told that they are facing this problem because of inhaling in the polluted air and that this is just one of the several adverse effects of climate change! So, the point is that there is a lack of awareness among the people, the average person and these people make the most vulnerable group.

It’s a dangerous fact that many of the predicted effects of climate change are likely to become a reality in India. It is the most diverse one; culturally, climatically and geographically. India represents the worlds 1/6th of the total population with a really high urbanization rate and now going through enormous changes. Climate change here poses a bigger threat and will work to magnify some already existing health threats. Health threats like dengue, malaria and recently swine flu took away many lives and shook the health departments in some parts of the country in past few months. This year, the summers were hot like never. It actually made the roads melted in the capital city of India. Heat was scorching and heat waves gulped thousands of innocent lives in New Delhi, Uttar Pradesh, Rajasthan, Andhra Pradesh and Tamil Nadu. People got severely hit by heat strokes and symptoms like acute headache, vomiting and high fever were seen. Temperature was touching a new high by touching almost 45-48 degree Celsius in many parts of the country which was a record in itself. In a report, it was mentioned that individuals in the 0-14 year old age group had greater vulnerability to temperature increase in Delhi than did those in the age groups of 15-64 year old. This some how shows that in Delhi, individuals who died on days with higher temperatures were not already near death.

These are not the only health problem which people are dealing with every year but in India, the waterborne diseases are becoming common day by day due to the lack of the availability of clean drinking water. The burden of these diseases is enormous here. A report from the Ministry of Health & Family Welfare estimated that nearly 40 million people are affected by waterborne diseases every year and this places a large burden on the health as well as the economic sector. According to World Health Organization (WHO), 9000,000 Indians die each year from drinking contaminated water and breathing polluted air. It is also estimated that 1.5 million deaths annually among 0-5 year old children. The situation in the rural India is worst as it lacks the proper disinfection of water and almost 70% does not have toilets. Fresh water availability is a big concern in the country. With the reports of going down of water table in most parts of the country, available water is expected to decrease which is a red signal for the authorities. 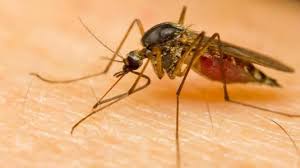 India has been struggling from vector borne diseases like malaria, as mentioned above. India has about one million of cases of malaria every year and in a recent study it is estimated that approximately 2000,000 malaria deaths per year in India occur before 70 years of age and 55,000 in early childhood. Many pregnant women get affected by it which is even more dangerous situation as the parasite can pass into the mother’s womb and infect the fetus as well. Once the fetus is infected with malaria, it leads to the baby being born with a low birth weight and may lead to death. In India, 65% of malaria cases are reported from Orissa, Jharkhand, Madhya Pradesh, West Bengal, Chattisgarh and the North-East. One may be surprised to know that in Orissa, the disease has much more serious proportions than even in Sub-Saharan Africa. The problem rises up more frequent in the monsoon season. Evidence suggests that rainfall variability plays an important role and that a long term trend in increasing temperature during the 20th century is enough to significantly increase the abundance of vectors. Very little is known about the influence of climate change on the prevalence of malaria in Indian urban areas. The issue becomes even more serious with the expansion of urban environment, water storage techniques and rapid increase in poverty. 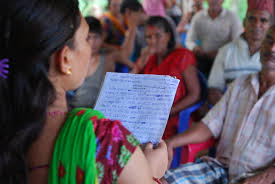 Though the adaptation to climate change is considered important but in terms of public health systems it remains under-investigated. To take advantage of the ongoing adaptations for creating more effective public health responses to climate change impacts specially for the rural population and those living below the poverty line who have a very limited access to health care facilities – developing a basic understanding about the region, demographic facts, social and ecological determinants of health will prove beneficial. People in rural areas suffer a lot and they are least aware about the issue as important as climate change and its impact on their health. This lack of awareness prevents them to take any steps for adaptation to climate change. Hence, need is to bring about a change at the local level by taking small but bold steps in this direction.

There is a need of proper research in all these areas and to find out some concrete solutions. It should be noted that the research in these areas should be both temporally and spatially specific. Furthermore, proper monitoring at the local level is required about climate and disease variables; this is because improper reporting or underreporting may impede the development of effective prevention strategies. India at present needs to develop region specific models based on climate and health. Recently, the Indian government has taken a great initiative to build toilets in every village to promote health and well-being. Though the target is huge but slowly and steadily it is picking the speed. More of such initiatives and plans are required in which local people may also take part. While availability of the clean drinking water remains a big question, steps can be taken to ensure public awareness regarding this issue by making them conscious about the after-effects of the situation for eg. Making them realize the importance of clean drinking water through a short documentary in electronic media and through engaging advertisement in the print media. An increase in public health infrastructure could be useful in negating the effects of climate change on health. Government must keep proper check on whether its health policies are actually being implemented or not. Authorities need to promote research work on climate and population in India for a better understanding of the effects of climate change on health. Innovative and multidisciplinary approach towards this issue may lessen down the threat to some extend in India; however, it will definitely need a good understanding and expanded partnership among the researchers, governments and communities to draft out an effective strategy to address the public health risks and threats associated with climate change.

2 thoughts on “Health and Climate Change – An Indian Perspective”