“China will trap its smog and turn them into diamonds.”

As bizarre as it sounds, this video posted by the World Economic Forum (WEF) on their Facebook page claims that China will tackle Beijing’s air pollution problem by turning the carbon from smog particles into a diamonds.

If at all such a technology is practically and economically feasible then maybe it is time for our Delhi government to explore the possibility of use of such a Technology, the pollution levels in Delhi being at its highest and one of the worst in the world. 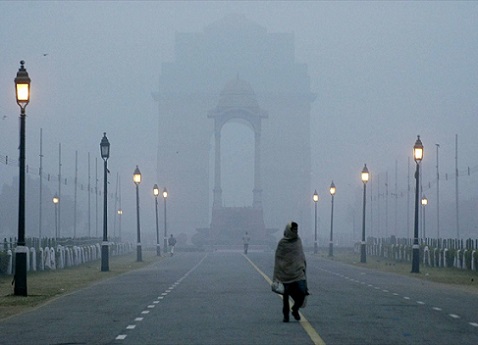 While the schools remain shut for three days, all constructions and demolitions have been banned for five days, as usual the center and the state government are busy leveling charges against each other as to who is to be blamed for the smog that shrouds Delhi. Whereas Delhi government sites crop burning in Punjab as the major reason for pollution, the central government says that 80% of the pollution is caused inside the city.

Delhi , the city where I spent my growing years, used to be a clean and green city with sprawling parks such as Lodhi Garden , Dear Park, Children’s Park etc, a far cry from the “gas chamber” as it is called now.

In the two years since the Swachh Bharat program was launched, probably the government should have worked towards preventing such a situation when the national capital is witnessing the worst smog in 17 years.  Kapil Mishra, the interim minister of environment has sought suggestions to tackle Delhi pollution crisis from the public via the online petition platform change.org. Five simple things come to my mind that the government can do for reducing pollution on a long term basis:

Yes this is a big issue to be tackled, but unless it is done at a war footing, merely imposing a ban on burning waste, without creating proper disposal systems, will not solve the problem.  Though the detailed framework for mechanisms to be followed for disposal of plastic wastes,  batteries, chemicals and hazardous waste, bio-medical waste, and now e-wastes exist, but how much of it is actually implemented is anybody’s guess. 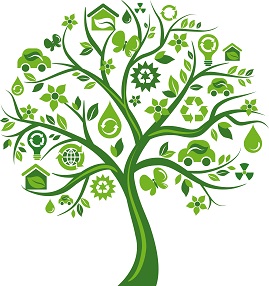 Sustainable growth is possible when economic development is integrated with social development and environmental protection.  As much as we need good buildings and roads, we also need green open spaces, which unfortunately are heavily comprised upon.

Dust has been cited as a major reason of pollution. Sprinkling water using Jet pressure pump technique to control air pollution is a temporary solution, when the green covers are fast dwindling, and the open spaces are being filled up. While it is a no brainer that permitting construction on open spaces, mindless felling of trees, cutting down of forests heavily disturb the ecological balance and contribute to pollution, but these are overlooked time and again for more profitable use of land.

4. Encourage Work from home and car pooling culture wherever possible

This would reduce the traffic on roads. Of course, work from home is not possible for all kinds of jobs, but it can still be made possible to a great extent in while collared jobs by taking advantage of digital mediums.  However, it does require a certain trust level both on part of employees and employers.  In one of the new age Indian companies that has rapidly grown in the last few years, the employees are asked to click their selfie and send it across when they apply for a sick leave. Now, this I would say is a skewed mind-set that shows trust deficit rather than a cool attitude. At the same time, it is a responsibility on the employees to deliver on time and not to treat it as a holiday or put up excuses for covering inefficiency.

Drastic changes in environment have led to extinction of many species from the planet. It is high time that we take cognizance of the need to preserve and protect our environment, and create awareness about environmental sustainability, particularly among children, who will have to bear the brunt of pollution.

Whether the government considers  converting the smog into diamond or not, these obvious measures are sure to help control air pollution in the long run.

Sharing with permission from